Here are just a few of the cases I have handled through my career.

A lady who had worked as a janitor for many years. Unfortunately, she had also been suffering with depression for more than 20 years. Despite years of psychiatric care (both inpatient and outpatient), she found it harder and harder to get along with her coworkers or to do her job without making mistakes. She could not sleep at night like she used to yet she was finding a tougher and tougher to leave her bedroom. Feelings of hopelessness and helplessness set in. Eventually, she lost her job.

As things had gone from bad to worse Henrietta reached out to the Social Security Administration for help and applied for Supplemental Security Income (SSI)and Disability Insurance Benefits (DIB/SSDI). With the help of her daughter, Heidi, Henrietta thought she could prove her claim on her own. She thought that her “records would speak for themselves” and anyway “A lawyer would cost too much money”. Neither Henrietta nor Heidi realized that lawyers who represent claimants before the Social Security Administration do not charge any upfront fees and that the lawyers only get paid if they win.

After receiving an initial letter of denial, Henrietta was devastated… The letter told her that she was being denied because she could return to her “past work as a janitor” Henrietta felt like Social Security was saying that she was lying and she knew that that was not true…If she could’ve been working at her old job as a janitor she’d still be working as a janitor!

At that point, Henrietta’s daughter Heidi did some more research and found out that her mother could and should get a lawyer. Sifting through the many advertisements and websites was no easy job, she did not want to just settle on the first name that popped up. Based on the research she concluded that her mother needed a licensed attorney; who was conveniently located nearby; she wanted to meet with the lawyer who would be working with her on her case and she did not want to feel like some number in yet another big bureaucracy.

Thankfully, Henrietta and Heidi stuck to their plan and found a lawyer who met their requirements. And while the remainder of the Social Security disability process was far from pleasurable, they were able to take some comfort in knowing that their lawyer was truly there for them.

Ultimately, after appearing at a hearing and waiting a few more months for a decision help arrived a “fully favorable decision” had arrived in the mail.

As Henrietta and Heidi reflect on the experience they now understand why their lawyer wanted to meet with them in person for the intake and preparation meetings; why so much time and energy was spent assuring that the Social Security administration had every medical record; why her doctors notes “did not speak for themselves” and why taking the time to find the right lawyer for them had made all the difference. 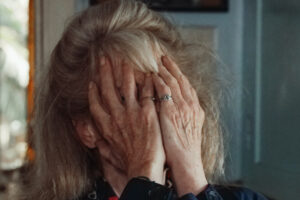 Was a 10-year-old child. Two years earlier his family home had been demolished in a tornado. Multiple members of Eduardo’s family were injured, his mother having been injured the most severely. Eduardo himself sustained two ruptured eardrums and was in treatment with several specialists for traumatic hearing impairment and what was ultimately diagnosed as a post-traumatic stress disorder.

Due to their homelessness, Eduardo’s family had been forced to relocate to another town and as a result, Eduardo was enrolled in a new school. Before the catastrophe, Eduardo had been a good student who had liked school and he tried to adjust to his new surroundings and get back into a routine, But it soon became apparent that he was having a hard time.

The new school district was aware of Eduardo and his family’s circumstances and his teachers saw that he was having academic difficulties as well as some pretty serious emotional issues. Both an IEP and a 504 plan were put in place for Eduardo .unfortunately, even with the special assistance provided by the school Eduardo continues to fall behind with his schoolwork and his emotional outbursts or become more frequent. Compounding his troubles was the fact that Eduardo’s father had lost his job and his mother was still recuperating from the serious injuries she had sustained in the tornado. Getting back and forth to the specialists-much less finding an “occupational therapist” who would take their insurance was proving to be near impossible.

Thankfully a social worker had encouraged Eduardo’s family to apply for SSI and Eduardo’s behalf. With the help of their attorney opinions of Eduardo’s physicians, therapists, nurse practitioners, teachers and social workers were fully and fairly considered by the administrative law judge (ALJ) and Eduardo was awarded the benefits that he and his family needed. 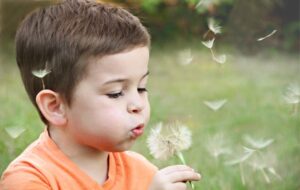 A 51-year-old former certified nurses assistant (CNA) who was no longer able to work because of neck, shoulder, back, and knee pain are doctors have diagnosed her with spondylolisthesis of the cervical spine, cervical radiculopathy, and fibromyalgia. Despite epidural injections, physical therapy in day micro diskectomy, Laverne was still in too much pain and was still unable to move around well enough to work.

Unfortunately, the ALJ denied the claim because she did not find LaVerne’s sworn testimony regarding the severity of her symptoms to be “entirely credible”.

Particularly she said that she did not believe what she was told about LaVerne’s pain and other symptoms. The decision was very long and wordy-“chocked full of legalese.” The bottom line was that because the judge had found “discrepancies” in her testimony about activities of daily living (I.e. who walked the dog and how often she went to church). The judge seems to throw the book at her.

But that didn’t seem fair and- by the way-what did the books say about how an ALJ is supposed to judge credibility anyway?

Her attorney appealed the decision arguing that the ALJ did not “go by the book”. Where did the judge offer “clear and convincing” reasons for finding LaVerne not credible about her own pain? None of her doctors had ever suggested that she was a faker so where did the judge get that idea from?

And what about her husband Lionel’s testimony? The ALJ did not even mention it. But she should’ve because Lionel’s testimony was worthy of consideration and it was supposed to of been analyzed in a clear and transparent manner according to Social Securities own rules and regulations.

Fortunately, at the end of the lengthy appeals process, SSA agreed that the errors the judge had made were serious enough ( i.e. harmful”) and that her conclusions were not based upon “substantial evidence” and she was granted a new hearing.

Paul, age 61, had worked on pipelines for the past 25 years. He had been a “pipeliner” maintaining and repairing pipelines. It was heavy work but it was a good-paying job. He liked working outside and he enjoyed the fellowship he had with the crew. Some days they would work installing new pipes other days they would spend repairing and maintaining the line and the pumping equipment.

Three years ago Paul hurt his neck, right shoulder, lower back, and right hip when he fell off an 18-foot ladder. Thankfully, he had pretty decent insurance- as he was in the union, but he was unable to go back to work, he wasn’t able to do much around the house either and the bills were mounting… Despite his private long-term disability benefits.

He ended up needing multiple surgeries, physical therapy, and steroid injections. And even though he followed his doctor’s orders, he continued to suffer with limited function of his spine and right upper and lower limbs. And then there was the pain… Excruciating!

About nine months after the accident (after his third surgery) Paul applied for Social Security Disability benefits. He and his wife Patty had done their best to fill out all the forms, answering so many of the same questions over and over, and he was surprised and disappointed when he opened his mail one day and read “we are writing to you about your claim…according to our rules you are not disabled …you can return to your past work as a pipeline maintenance supervisor.”

Pipeline maintenance supervisor! Where did they get that from? Paul had worked on a crew, he had a supervisor but he had never been a supervisor.

He appealed on his own but was dreading the mail. After talking with his family and friends Paul realized that he needed HELP -the professional assistance of an experienced disability attorney …he was not going to “go it alone” and he could not leave the fate of his family “to chance”. His cousin Peter recommended the Law Office of Andrew A. Barone LLC a local attorney at Harlem and Cermak “just call Andy” Pete told him.

Paul went in for the free consultation and it was an eye-opener, it turns out that when he had attempted to fill out the forms himself he had probably given the Social Security Administration the wrong impression about what his job had been. He admitted that he might’ve been in a hurry… For “job title” he had simply put “pipeline”

“yes,” he did some writing (didn’t everybody?).

But, it was the “Did you supervise other people in this job?” question that seemed to have been the kicker…he had shown a lot of the young guys the ropes over the years… The crew would often split off into partners… There were a lot of “two-man jobs”, but he had never had any “supervisor” title, he hadn’t “directed” anyone or “inspected” anyone’s work and he certainly had never hired or fired anyone.

Andy advised Paul to get an official job description from his former employer and to ask some of his former coworkers to write letters explaining what a “pipeliners” duties were. When he finally got in to see a judge, Paul was pleasantly surprised that Andy had already pointed the misunderstanding about his past work out, in advance of the hearing, so the hearing went surprisingly smoothly… The jobs expert seemed to know exactly what a pipeliner did-“what a relief”.

After some more questions from the judge, she told them that she had all the information that she needed and then she would be “rendering a Fully Favorable decision” but that it would still take a few months for the official decision to come in the mail. $120,000 IN BACK-PAY.

For the for the first time in years Paul thought to himself ” I can’t wait to get mail from the Social Security Administration! “ 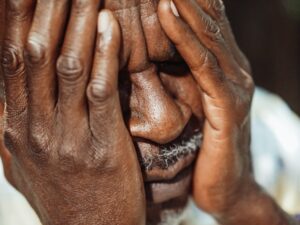 Get directions on the map